A Former College Athlete's Life Completely Changed After Giving Up Alcohol, and Now He's Inspiring Others 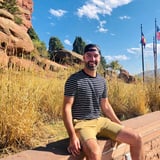 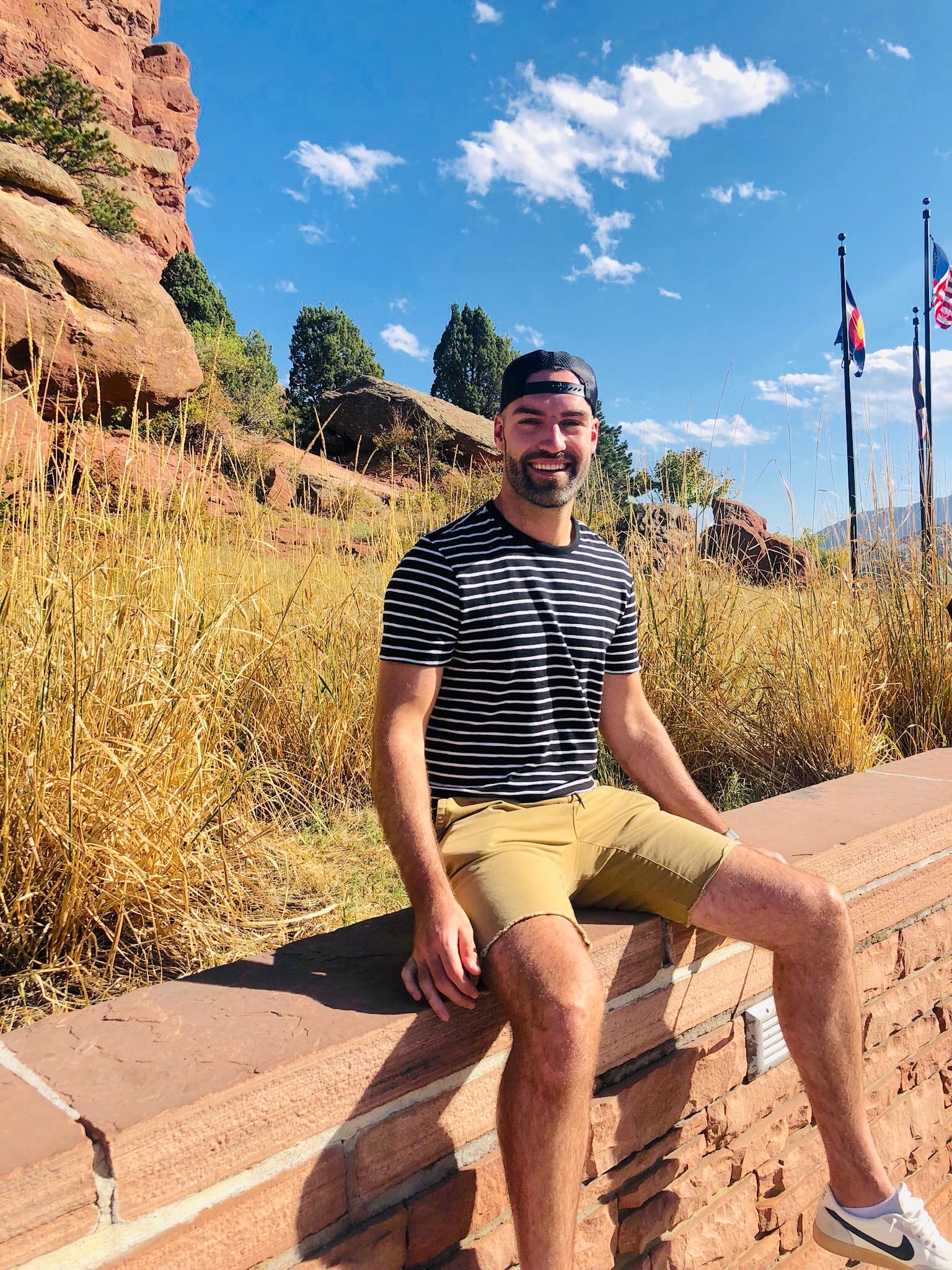 When Billy Murphy, a former college basketball player at Lafayette College, realized he had an issue with alcohol, he didn't want to admit it. On paper, Billy was thriving. He had a good job, an amazing group of friends, and a supportive family. But when he noticed his once-a-week happy hours started to multiply, he knew he needed to make a change, even if it was a reluctant one. Now sober for more than a year, Billy is not only the best version of himself, but he's making it a point to help others who find themselves grappling with an alcohol addiction.

Billy realized that his alcohol consumption picked up after his last season of basketball during his senior year of college. Surrounded by students eager to celebrate their impending graduation, he didn't think it was something to worry about at the time. "Alcoholism runs in my family so I've always been aware of it," Billy told POPSUGAR. "I was always that guy that was like, 'I'm not an alcoholic. I don't have a problem. I'm fine, I got my stuff together; I'm an athlete, I'm in college, I have a good job waiting for me, that's not who I am.'"

The Decision to Be Sober

Billy struggled with the idea of being sober for eight months, cutting back for a week here and there. But when he hit the bars again, it'd always be a blowout, and he'd be back to square one. It wasn't until he had a particularly meaningful conversation with a work mentor that he took the plunge into sobriety once and for all.

"My mentor was talking about my potential and how he saw a lot of positives in me and thought that I had a bright future ahead," said Billy. "He thought that I was just going to crush my job in sales. I went out and got absolutely loaded that night. Then I woke up that next day and I had this come-to-Jesus moment with myself. I was hungover at work, miserable - which I had been too many times - calling in sick some days because I was hungover."

"I just literally looked myself in the mirror and said, 'I'm not going to do this anymore. I'll never reach my potential if I keep going down this path.'"

"I just literally looked myself in the mirror and said, 'I'm not going to do this anymore. I'll never reach my potential if I keep going down this path.' It was the first time I admitted to myself I have a problem," explained Billy. After calling his mom to let her know what he was struggling with, he asked a friend to connect him with one of his friends who's in recovery, well-aware that he couldn't embark on his journey alone. They met for breakfast the next day, where Billy got the reassurance he needed.

"We spoke about what he went through and it was super relatable to what I was experiencing," said Billy. "It made me feel like I wasn't alone, which is one of the biggest hurdles. I was worried I wasn't going to fit in or have the same friends. You wonder if you're still going to have fun."

Although Billy never formally entered rehab, he has a support system he relies on every day in the form of Alcohol Anonymous (AA), which he can't say enough good things about.

"I've done the program, I've got a sponsor who's awesome, and it's been amazing," said Billy. "It's really kept me accountable. AA has been my stability. It's just a good way to go into a room and talk about what it's like to not drink anymore and the struggles that come with that decision."

"The only difference between the person I'm sitting next to sometimes is the fact that I got luckier. I never got pulled over, I never got arrested for making bad choices."

Though AA has helped him tremendously, Billy was apprehensive about going to his first meeting. "I thought I was going to walk into a room and there would be a million crazy people," he explained. "I thought I wasn't going to be able to relate to anyone. Then you walk in that room and it's the most amazing experience ever. There's no other moment in my life where I felt like I was the most important person in the room. Everyone welcomes you and you introduce yourself. You immediately get this sense of community."

As someone in recovery, Billy is on a mission to change the stigma around AA. "Alcoholics Anonymous allows you to have a new perspective," he said. "The only difference between the person I'm sitting next to sometimes is the fact that I got luckier. I never got pulled over, I never got arrested for making bad choices. The guy on my left did, and now he can't get a job. He was just dealt different cards."

After being in recovery for a year, Billy goes to AA on an as-needed basis, but everyone's experience is different. "In the beginning, I was going three times a week and now I'm at a point where I go once a week," he said. "Sometimes things come up and I'll miss a week here and there, but I like to go at least once a week. If I'm having a particularly bad week, I might go three times. Everyone's schedule is different based on what they need. Some people need to go twice a day - and that's OK - what matters is you need to stay sober and everyone's formula is different."

He continued: "You look at yourself in the mirror and you know the number-one priority in your life is to stay sober. Because if you're not, everything else in life falls apart."

Social Life as a Sober 26-Year-Old

Regardless of your age, leading a life of sobriety usually involves some tough conversations with people you love. Although Billy was incredibly nervous about opening up to his friends, looking back, it was one of the best decisions he's ever made.

"At the end of the day, it was the most defining moment of friendship I've ever had," he explained. "You find out quickly who your true friends really are. Do you want to stay friends with the person who says you're a loser because you're sober now? Or do you rely on the person who's going to support you, think it's amazing, and knows it's the right decision for you?"

At this point in his life, Billy not only evaluated the friendships he had made over the years, but let some go. "Ask yourself are your friends people you just go to drink with, but don't have deep conversation with. Are you just partying and laughing and having a good time? Or are your friends the ones that when something goes bad in your life, you pick up the phone, and they're there for you no matter what? There are some people that you don't want to be out of your life but you don't have control over them. It's a harsh reality to face."

"Think of yourself as a ship. You're floating on the sea and when you're drinking that ship is sinking every time."

While Billy took a step back from late-night parties early in his sobriety, he's now able to control his urges around alcohol. And if he suddenly feels a pull towards an adult beverage? He removes himself from the situation immediately.

"Some days I'm out with all my friends, I'm at the bars until 2 a.m. with them partying it up, while I'm staying sober," he said. "Some people might not be able to do that for years and that's OK. I know no matter what if I pick up a drink, everything else will fall apart and I risk everything. When I'm out and I'm tempted - which I do get tempted sometimes - it's only human. I take a step back and that's when it's time for me to leave."

With the help of a supportive girlfriend, Billy has slipped into a healthy routine, with a heavy focus on working out and basketball, of course. Although Billy played sports at a Division I level, he's arguably in the best shape of his life at the moment.

"Think of yourself as a ship. You're floating on the sea and when you're drinking that ship is sinking every time," he explained. "You're fighting to just stay afloat in life, in relationships, in work, and in fitness. When you're sober and you know drinking is your crutch, you're not just floating, you're starting to pick up speed, you start racing."

Now, Billy uses his Instagram as a way to promote a healthy lifestyle, whether you're trying to kick drinking or not. Though he's open to talking to just about anyone who thinks they might have a problem, he has a piece of advice for those who are too shy to reach out.

"Look yourself in the mirror and forget about everyone else and anything else in your life, can you honestly say drinking is making you better or worse most of the time?" he said. "Is it affecting who you are and the things that matter most to you in life? If you find yourself asking yourself that question more often than you'd like, it's a sign to reach out to someone and get help."

Only Excitement As I Know What Lies Ahead

The Keto Diet and Exercise: The Ultimate Guide for Training on a Low-Carb Diet

What Is Wormwood Tea?